Aisha joined SKR Legal Solicitors in 2022 on completion of her LPC and LLM legal practice at BPP University in which she obtained a Distinction. She completed her LLB Law Degree at De Montfort University in 2016, finishing with a Second Class Honors (Upper Division).

She has joined the firm as a Trainee Solicitor and is currently undertaking a seat in Immigration. She is dealing with all aspects of Immigration law which include:

Aisha comes from a Finance background and is an experienced Financial Crime Consultant dealing with Anti money-laundering and KYC. She specialises in high-net-worth clients within high/medium risk jurisdictions. In addition to her finance background, Aisha has a wealth of experience in the Legal field following her role as a Crown Court Paralegal at a Criminal Defence firm and has worked on high profile cases which range from Rape, Murder, Attempted Murder, Possession With Intent to Supply, Robbery and other offences. She also has experience dealing with Subsidence Claims against the Local Authority and Commercial Third Parties’ which went on to Recovery Claims/Civil action.

Aisha is a skilled case-worker who has dealt with cases at different stages in different fields and her experience enables her to deal with each one meticulously and with a great level of professionalism.

Outside her career, she enjoys doing charity work and works on several projects throughout the year overseas which include building wells and water pumps, shelters for orphan children, arranging meals for the homeless and also supporting women’s hostels. 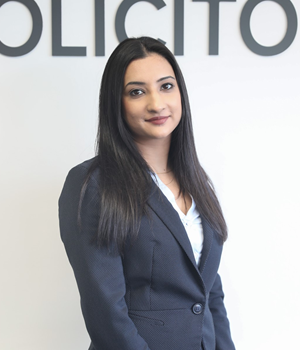