If you are having complications in your marriage or partnership, you should first consider whether these problems can be resolved with the assistance of counsellors.

Even if you are not certain whether you want to end the marriage or partnership at this stage, you may find it helpful to speak to one of our team.

Our divorce solicitors provide an understanding and highly experienced approach to all of the issues involved in divorce and relationship breakdowns, including guiding you through the legal process of ending your marriage, making a financial settlement and arrangements for children.

We understand ending a relationship or marriage can be stressful and worrying. Our family team will ensure that this process is as smooth as possible. 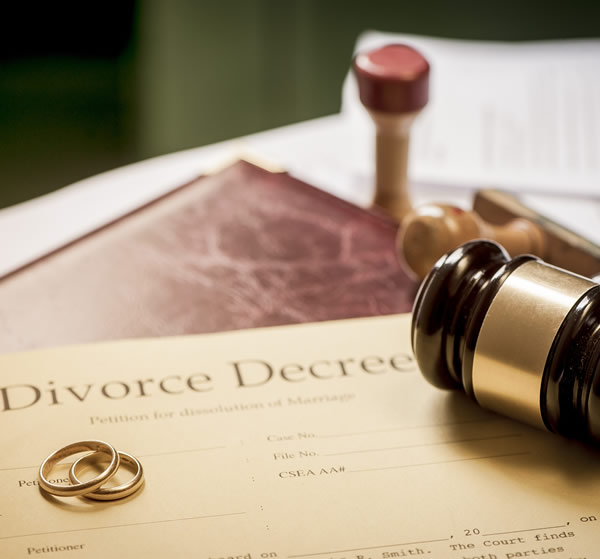 A petition for a divorce cannot be presented to the court before end of a period of one year from the date of the marriage. However, provided that the grounds for the divorce can be satisfied, a petition may be presented after one year based on matters that can occur during this time.

1. Adultery is when you are able to prove your spouse had sexual intercourse with another person of the opposite sex outside of your marriage. If the parties lived together for a period exceeding six months after discovering the infidelity you will disqualify yourself of being able to petition under this ground.

2. Unreasonable behaviour means when your spouse has behaved in such a way you cannot reasonably be expected to live with them. This includes domestic abuse, verbal abuse, lack of socialising, debt or financial recklessness, drunkenness and lack of support.

3. Desertion is when your spouse has deserted you for a continues period of at least two years without your consent.

4. It is possible to apply for a divorce if you have been separated for at least two years before applying for a divorce and you both agree to it.

5. Five year separation is defined as living apart for a continuous period of five years minimum. There is no need to obtain consent, either party can be the petitioner.