Murder and manslaughter are offences that are known as homicide. They are prosecuted under the Offences Against the Person Act 1861.

The Crown Prosecution Service (CPS) distinguishes between the two types of manslaughter defining them as: voluntary and involuntary manslaughter.

Voluntary manslaughter involves killing with the intent for murder. Partial defences such as loss of control, diminished responsibility and suicide pact killings apply to this to lessen the sentence.

Involuntary manslaughter involves gross negligence and conduct taking the form of an unlawful act that results in death. 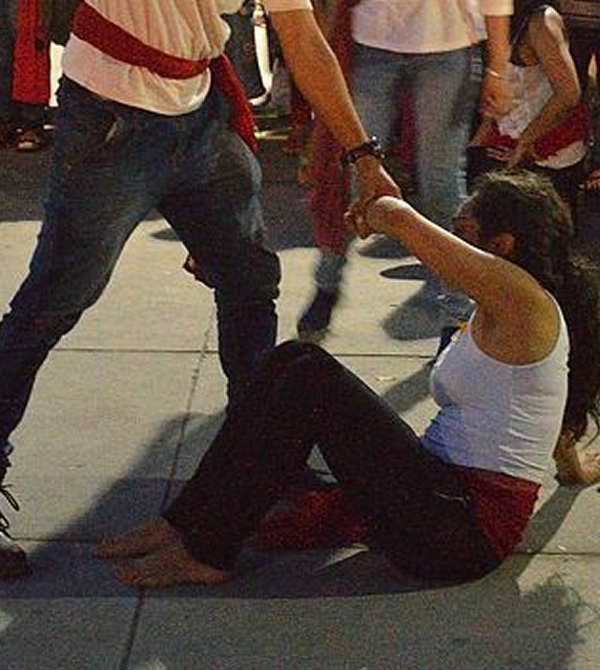 Murder is an intent crime, where the intention to kill or cause Grievous Bodily Harm (GBH) needs to be proven. The CPS defines murder when:

• The offender is of sane mind and discretion

• The killing is unlawful and not out of self defence

• Any reasonable creature (human) is killed

• Under the Queen’s peace

• With intent to kill or cause GBH

Murder carries a life sentence and is an extremely complex crime. The defences relied upon for murder and manslaughter can include intent, motive, forensic evidence and witness statements

Actual Bodily Harm (ABH) is crime that falls under the Offences Against the Persons Act 1861. Section 47 of the OAPA states that the assault does not need to be serious or permanent, it just needs to have caused some physical harm to another individual.

ABH can be committed both intentionally and recklessly.

The offence must be more than trifling and sometimes psychological harm can be included too. Examples of ABH are:

It is unlikely for somebody to be charged with ABH if they have not inflicted an injury on somebody else.

The Maximum sentence for ABH is 5 years. Cases for ABH take place in either the magistrates’ court or the Crown Court.

This offence is committed when a person unlawfully and maliciously, either:

• wounds another person; or

Wounding means the breaking of the continuity of the whole of the outer skin, or the inner skin within the cheek or lip. The definition of wounding may include injuries that are relatively minor in nature, for example, a small cut. However, these should not be charged as an assault contrary to section 20 and this should be reserved for those wounds considered to be really serious.

Grievous bodily harm means serious bodily harm. Below are some examples of what would usually amount to really serious harm include:

• injuries which cause substantial loss of blood, usually necessitating a transfusion or result in lengthy treatment or incapacity;

Common assault (section 39, Criminal Justice Act 1988) - A person is guilty of common assault if they either inflict violence on another person or make that person think they are about to be attacked.

They do not have to be physically violent – for example, threatening words or a raised fist could lead the victim to believe they are going to be attacked – and that is enough for the crime to have been committed. Other acts like spitting at someone may also classed as common assault.

The offence covers both intentional and reckless acts. For example, the offender may not have intended to cause the victim to think an attack was imminent but if they behaved in way that was likely to make the victim think they were about to be attacked, and they didn’t care what effect that behaviour would have, the offender is guilty of the offence.

Charges involving gun crime, knife crime or offensive weapons often require advice from a trained professional. This is because the case may involve complex charges, which in effect may lead to an individual being charged. Being in possession of a firearm may lead to a prison sentence and simply just carrying a bladed article may lead to prosecution, even if there was no intention to use it.

Since 17th July 2015, a new two strike policy has been introduced. This means anyone convicted for a second offence of possession of a knife will face an immediate prison term or between six months to four years. However, for youth offenders they will potentially face up to four months in prison accompanies by a training order. Owning a firearm without a correct license will also likely lead to prosecution. Furthermore, other items may be considered as offensive weapons, but this is entirely dependent on the circumstances of arrest.

SKR Legal Solicitors will be able to assist and advise at any stage of the charge involving knife crime, gun crime and offensive weapons or even before the charge has been brought. Get in touch with our Criminal Defence department today to get further guidance

• SKR Legal Solicitors are able to offer Legal Aid in criminal cases. Please contact us on our office line to discuss your eligibility to receive Legal Aid. If you are eligible for Legal Aid, we will fill out all necessary documentation on your behalf. Where Legal Aid may not be available, we will discuss a competitive fixed rate fee.

For more information on representation, contact us today on 0116 254 6246 or by email on info@skr-legal.com. Give yourself a winning chance with SKR Legal Solicitors